Omišalj - a picturesque town with a long history

If you are looking for a place rich in history and culture, with a picturesque old town center, lovely beaches, attractive seafront promenade and exciting events, then Omišalj is an excellent choice!

The first thing you will notice when you visit Omišalj is its unique position on a cliff, 85 m above sea level. Omišalj is the northernmost town of Krk - it is located near the bridge, along the bay that has been inhabited since prehistoric times.

Omišalj's old town abounds with attractions, and you will surely enjoy the walk through Omišalj. We suggest that you first visit the parish church and continue to the Dubec lookout, and then descend through the Dubec park to the port of Omišalj. In Omišalj, you can enjoy beautiful beaches.

Attractive beaches along the coast of Omišalj

At the foot of the old town of Omišalj is the coast with very beautiful beaches, hotels and a marina. The long and diverse seashore can definitely provide every swimmer unforgettable memories.

Beaches in Omišalj are sandy, rocky and pebble beaches, and the long and varied coastline guarantees every swimmer unforgettable moments. Here are four of beaches in Omišalj, which are definitely worth visiting:

Pesja is the most famous beach in Omišalj, located below the old town. Pesja Beach is perfect for family vacations. Already in 2004, this beach has been awarded the Blue Flag, which is a guarantee for extraordinary cleanliness of the sea.

Pesja is a beautiful sandy beach located at the very end of Omišalj bay, protected by the natural shade of a pine forest, where a beautiful picnic area and a volleyball court are hidden.

Beach in the Camp Pušća

In the Camp Pušća there is a beautiful sandy beach that is perfect for families with children. You can reach the beach by car or on foot, and your pets are welcome too.

The camp has a mini market, a bar and a restaurant with a playground right next to it.

The beach Učka is located on the other side of Omišalj Harbor. It offers a beautiful view of the old part of the bridge and the famous park Dubec. Near the beach, there is an abandoned, once well-visited hotel with the same name.

Jadran Beach is a town beach located below the hotel Adriatic, which offers a lot of variety. Close to the beach, there are small boutiques, restaurants and a pastry shops. 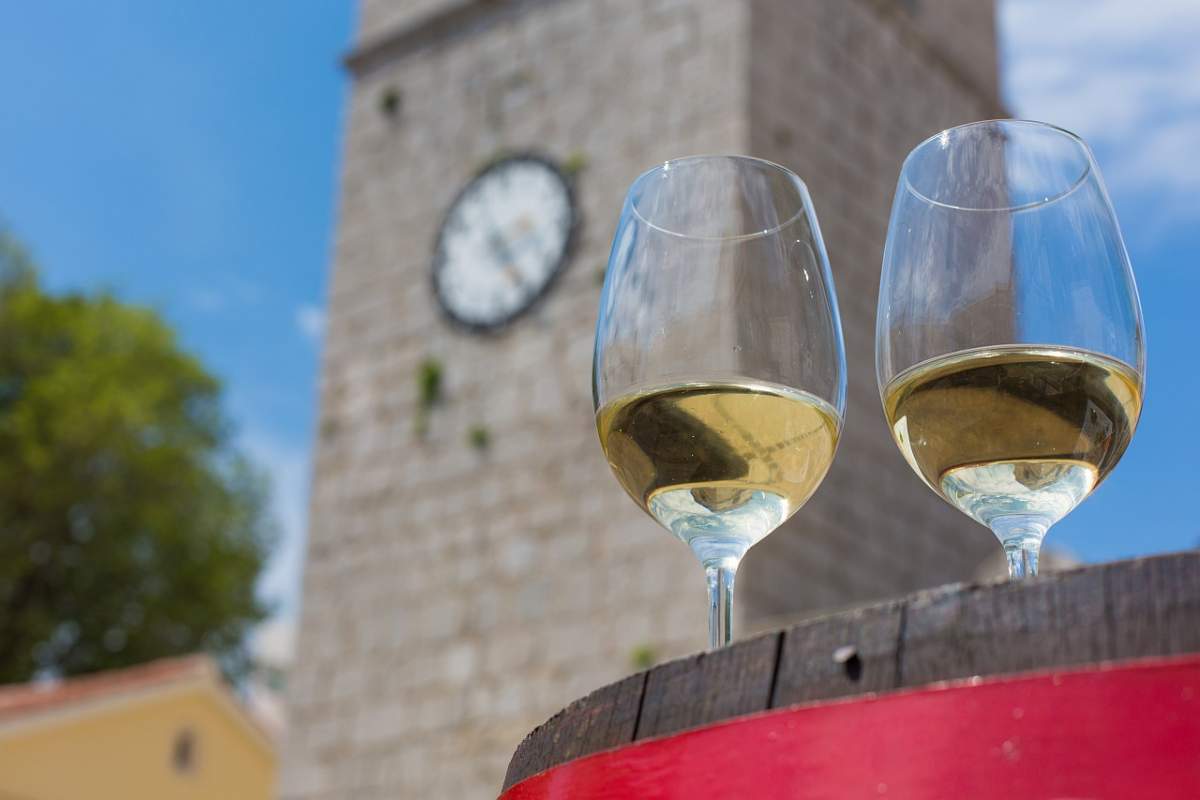 Most of the events in Omišalj take place in the summer months. Then you can enjoy a series of fishermen’s parties, various concerts, days of craft beer and performances of island folkloric groups.

Events, organized on the remains of the ancient Roman town of Mirine - Fulfinum, are why Omišalj is famous for both on the island and beyond.

Ancient days in Omišalj - become a Roman for 2 days

Fulfinum - Mirine Archaeological Park is a great setting for a number of events.

It is a memorable experience to attend the Ancient Days held here every year in July. This two-day event through an extremely rich program in an interesting and diverse way shows life in Roman times.

Under the light of torches, listening to the original ancient music, watching the performances of street entertainers, gladiators, Roman soldiers, and emperor and emperor’s suite, visitors, dressed in Roman togas can enjoy the antique ambiance. In addition, concerts of classical music and numerous other cultural events are held at the same location.

Mirine is also a phenomenal stage for a series of classical music concerts.

In Omišalj, you can attend interesting gastronomic events.

If you want to try specific traditional specialties that are highly valued and yet not for everyone's taste, be sure to visit the very colorful Yuck fest.

For beer lovers, we definitely recommend the small Craft beer fest Omišalj in a beautiful setting - in the park next to the Jadran beach.

What to visit in Omišalj? 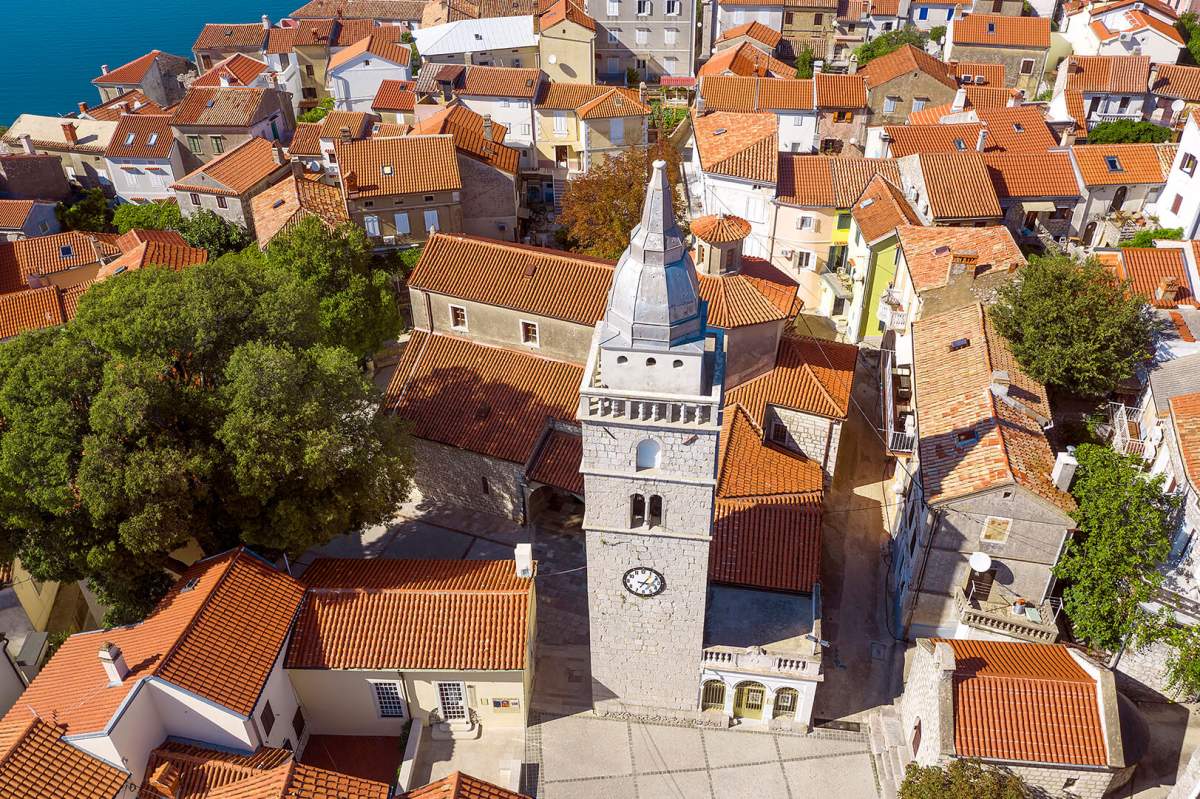 Omišalj is the first resort to be noticed after crossing the Krk Bridge. It is located 85 m above the 3 km long bay, in whose immediate vicinity people have lived for tens of thousands of years.

The inhabitants, who have lived here from prehistoric times until today, have left a rich cultural and historical heritage. Omišalj was first mentioned in 1153 and today is one of the oldest cities on the island. 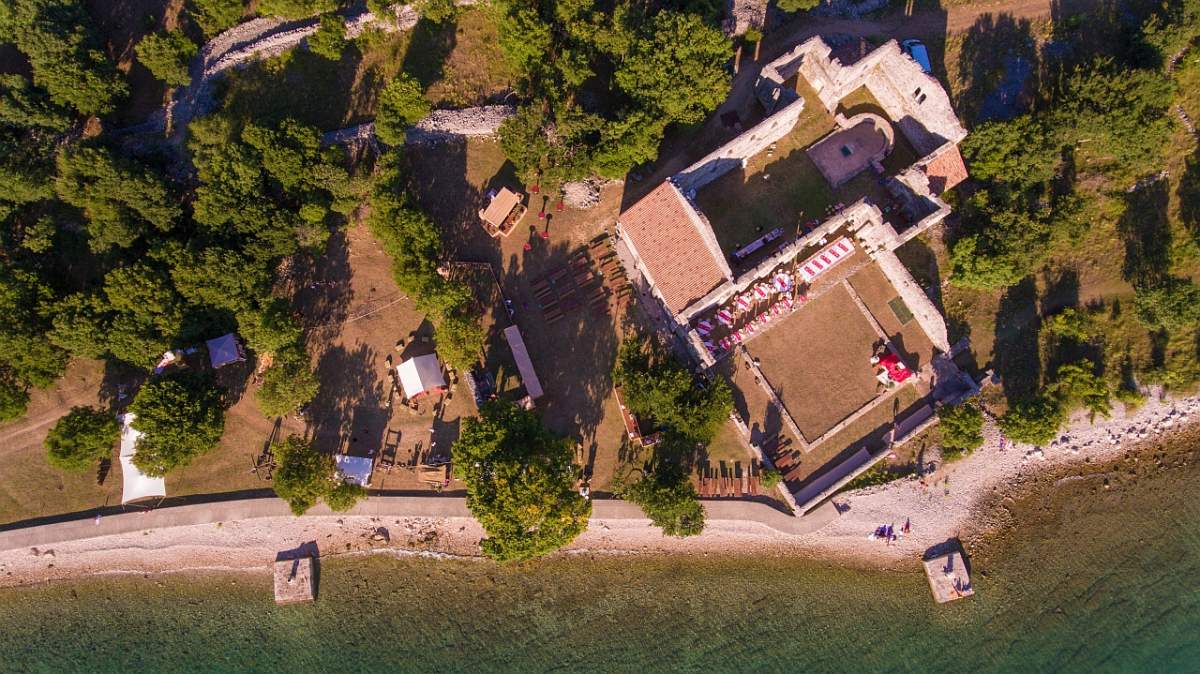 In addition, in the Middle Ages, Omisalj was an important Glagolitic and cultural center, which has preserved many old customs. Among other sights, the heritage of Omišalj includes the ancient Roman town of Mirine-Fulfinum built in the 1th century, and a rich Glagolitic heritage from the Middle Ages.

Winding alleyways of the historic town center and the tight rows of houses are keepers of a rich cultural and historical heritage. If in Omišalj, visit the local Lapidarium, a small collection of stone monuments that provides a complete insight into the history of Omišalj, The Memorial house of the island’s folklore and the ancient town of Mirine-Fulfinum.

Omišalj - a walk through the historic old town

The old town of Omišalj abounds in sights. You will surely enjoy the walk through the historic old town.

We suggest you first visit the parish church of the Assumption of Mary, which preserves its invaluable sacral heritage. Today's Romanesque church from the 12/13 century hides numerous stone fragments of an older church from the 9th century that used to be on the same site.

Next to the church is a bell tower from the 16th century, which once served as a watch post. Continue to the Dubec lookout point, which offers a fantastic view of the entire Kvarner, and then descend through the Dubec Park to the port of Omišalj. 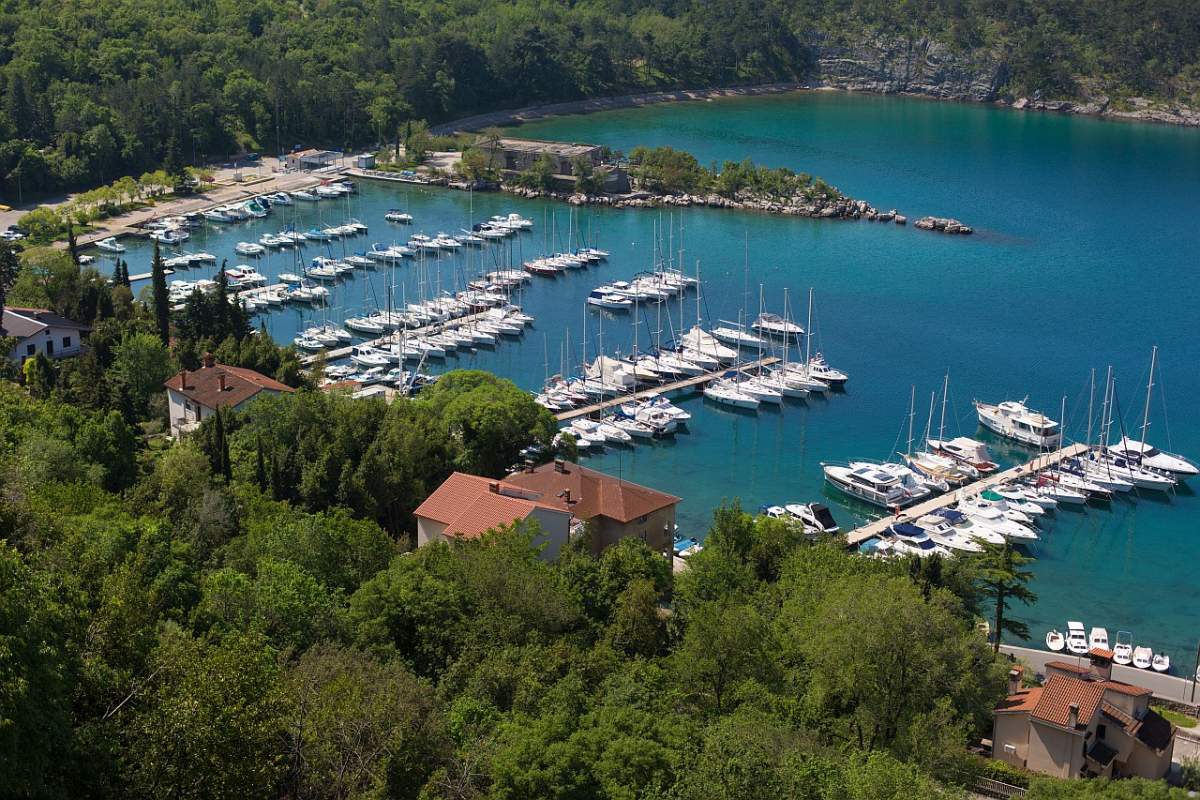 Near Omišalj in the bay of Sepen are the remains of the ancient Roman city of Fulfinum from the 1st century. Fulfinum, founded by the ancient Romans in what is today the municipality of Omišalj, was the second most important settlement on the island of Krk in Roman times besides the settlement Curicum (Krk). Today it is an exceptional archaeological site.

Fulfinum is an ancient Roman town and an early Christian complex in the Sepen cove near Omišalj, which was built in the first century AD for the veterans of emperors from the Flavian dynasty.

The sheltered cove enabled the construction of a well-protected harbor, and the fertile field, abundant in water, enabled the development of agriculture. The town had a forum with a capitol and a town basilica, port facilities with a shopping area by the sea, a spa, suburban communication with the cemeteries and two phases of aqueducts.

Unfortunately, during the fall of ancient civilization, Fulfinum was probably one of the first victims. In the 5th century, on the periphery of this ancient Roman town, an imposing early Christian complex, Mirine, was founded. Mirine is associated with the Benedictine Abbey of St. Nicholas (Sv. Nikola).

In the bay of Sepen, there are also impressive ruins of a Christian basilica from the 5th century. It is a striking single-nave Christian building shaped like a Latin cross. The early Christian basilica in Mirine is one of the largest sacral buildings of its kind in the entire Mediterranean.

The Glagolitic Benedictine Abbey of St. Nicholas from the 9th century was only a hundred meters from the basilica. This church and monastery were built on the former Roman baths' foundations from the 1st - 2nd century.