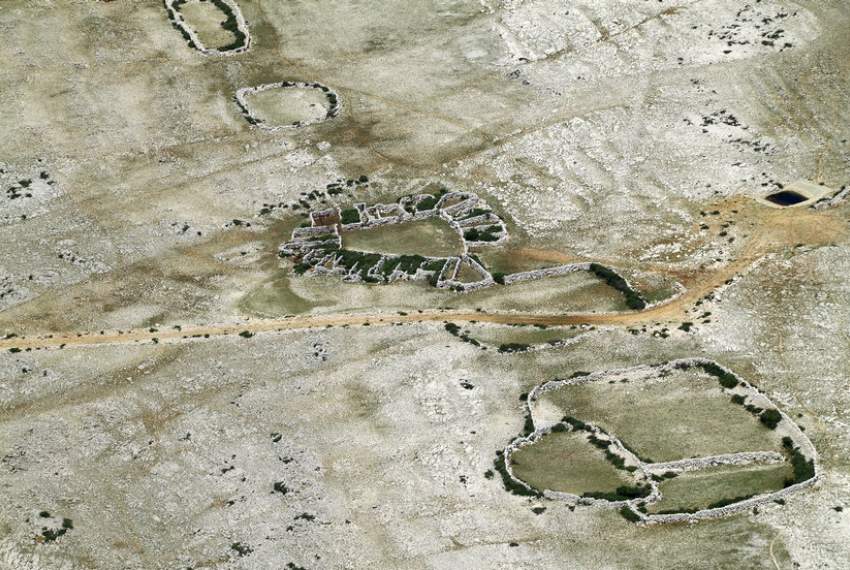 The cave Biserujka, also known as Vitezić cave, is located 300m northwest of the village Rudine in the municipality of Dobrinj. The cave welcomes tourists and offers an abundance of cave decorations (calcite speleothems, especially columns and stalactites).

According to speleological classification, the cave is listed among the simple caves. The cave Biserujka consists of the following underground spaces: The Entrance, The Balcony, The Shaft, The Great Hall, The Northern Channel, The Hall with Bridges and The Cimpres Hall.

The remains of bones of a cave bear (Ursusspelaeus) have been found in the cave and the endemism of flora and fauna is very pronounced so that the youngest travel companions will especially enjoy visiting the cave.

Košljun is a small island situated in the bay of Puntarska draga. According to the legend, the whole Puntarska draga bay was once a field that was cultivated by two brothers, one of whom was blind. And although the brothers were cultivating the land together, the healthy brother tricked the blind one while dividing the harvest.

Today, Košljun can be reached only by boat, and is best known for its Franciscan monastery. In addition to the monastery, there are museums, two churches and three chapels on the island. If you like history, culture and natural beauties, be sure to visit this green island where you can indulge yourself in peaceful walks, meditation and exploration.

All those who want to fly to the Moon, but have no opportunity to do so, should visit Baška while on the island of Krk and take the Moon pathway in the direction of the Moon plateau. "The road to the Moon" is 3 km long and the scenic trail is abundant in shade and ideal for a pleasant walk.

All the way you can enjoy the beautiful view of Baška and its neighboring islands, but be prepared for the real surprise once you climb to the top passing through the forested area which opens into a whole new world and environment, really resembling the one on the moon. In the company of griffon vultures and sheep, the view of Baška offers a series of beautiful perspectives which to rest and inspire your body and soul. 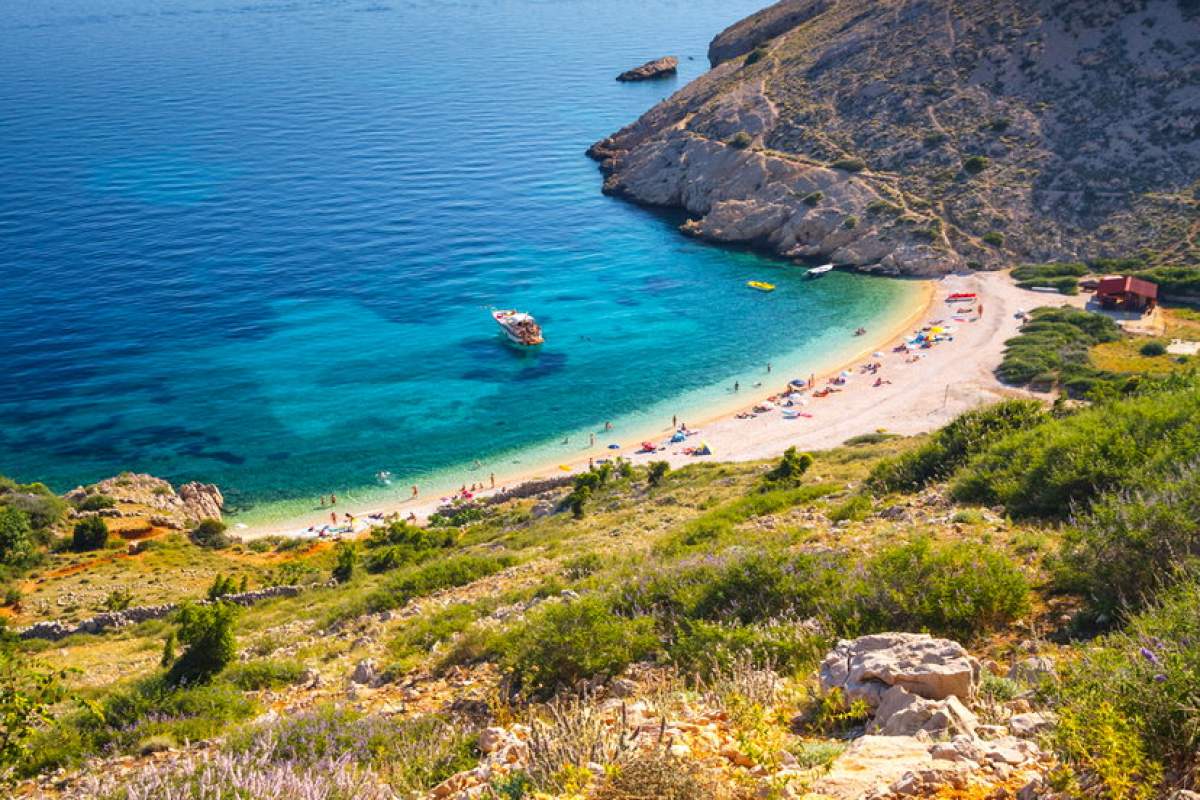 The only way to reach the beach from the mainland is narrow and quite bumpy pathways. Those who are not fans of hiking are still advised not to give up on visiting the Oprna beach, but to visit it by boat from the seaside.

From early spring to late autumn, the beach in the village Meline is one of the most visited on the island thanks to the healing mud covering the beach. The benefits of mud have been recognized by many, especially rheumatoid patients who, after covering themselves with mud, feel great relief.

In addition to the healing mud, this beach particularly attracts families with children due to favorable sea temperature and a range of additional facilities.

The Big beach in Baška is certainly one of the most beautiful natural beaches in Croatia with very clear water. The beach is completely natural, the sea turquoise blue, and to the delight of yachtsmen and surfers, big waves are quite a common occurrence.

What makes this beach unique is its length of 1800 m, and there is a fluttering Blue flag that marks an extremely preserved, safe and pleasant environment, the cleanliness of the sea and the top quality beach. The beach offers a variety of different facilities so we are sure that everyone will enjoy it!

It is also special due to the fact that numerous wetland and freshwater vegetation forms have developed in it and its vicinity, which is otherwise rare in a karst environment. The lake Jezero is also important as the site of bird migration and wintering. 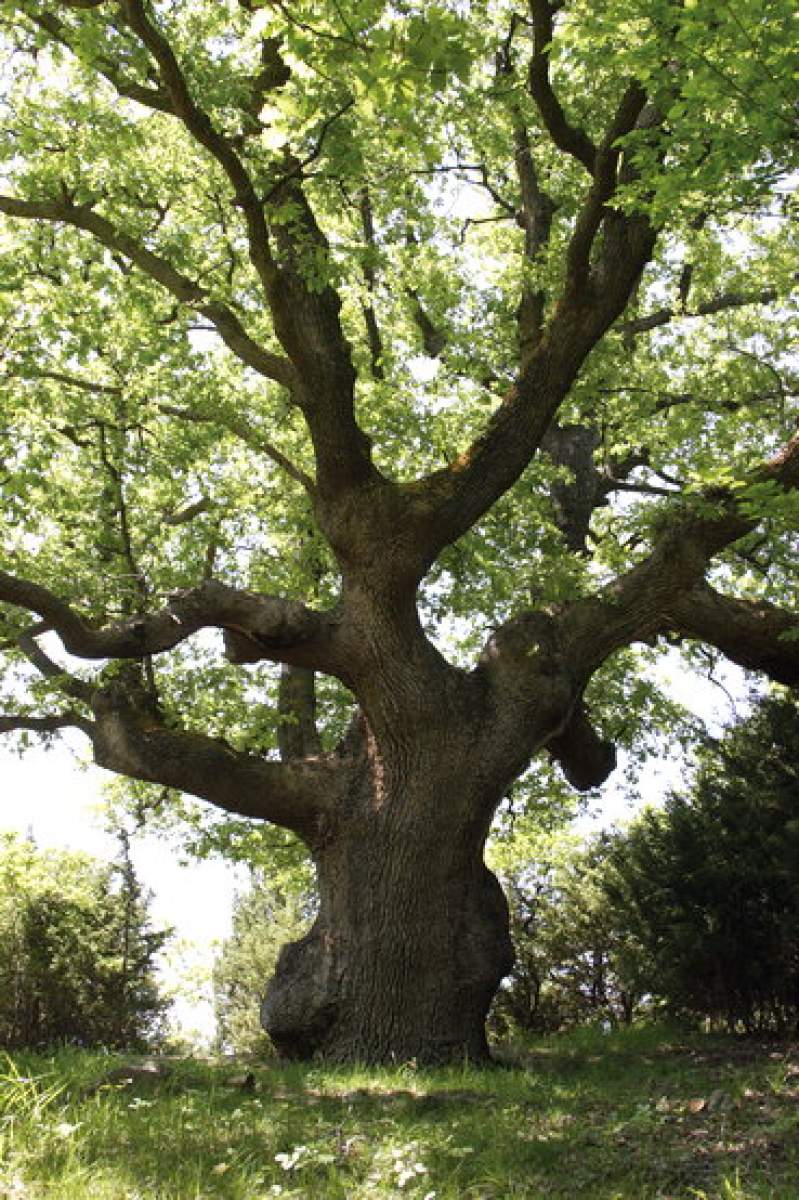 If you happen to be near the Čavlena cove, take note of the nature dominated by giant oaks. At Volovska, just above Čavlena, you can enjoy the view of the largest and the oldest oak tree on the island. Some claim that it is Quercus pubescens, a deciduous tree from the Quercus genus, while others claim it to be the Cornish oak (Quercus petraea).

What they all agree about is that the age of the oak is estimated at at least 400 years; the trunk size is 5.4 m and the diameter of the crown is about thirty meters. We are quite confident that this impressive tree will leave breathless all who come to enjoy the sight of it!

“Pathway to the puddles” (“Put lokava”) is a 6.1 km long trail which is a joint project of Slovenian and Croatian experts in biology, hydrology, geology, information technology and management of protected areas, supported by European funds. The aim of the project is to thoroughly explore and evaluate the occurrence of karst puddles on the island.

Some occurred naturally and many are the work of human hands. In the karst relief, where water is the true wealth, our ancestors worked hard to create puddles in places where rainwater was retained. These puddles were used for irrigation of crops, watering of livestock, fire-fighting, and sometimes for drinking.

In addition to their significance for inhabitants, the puddles represent a specific habitat for numerous plant and animal species. We invite you to spare 2-and-a half hours of your time that you need to walk the whole trail and learn some of the specifics of our island!

Island of Prvić opposite of Baška 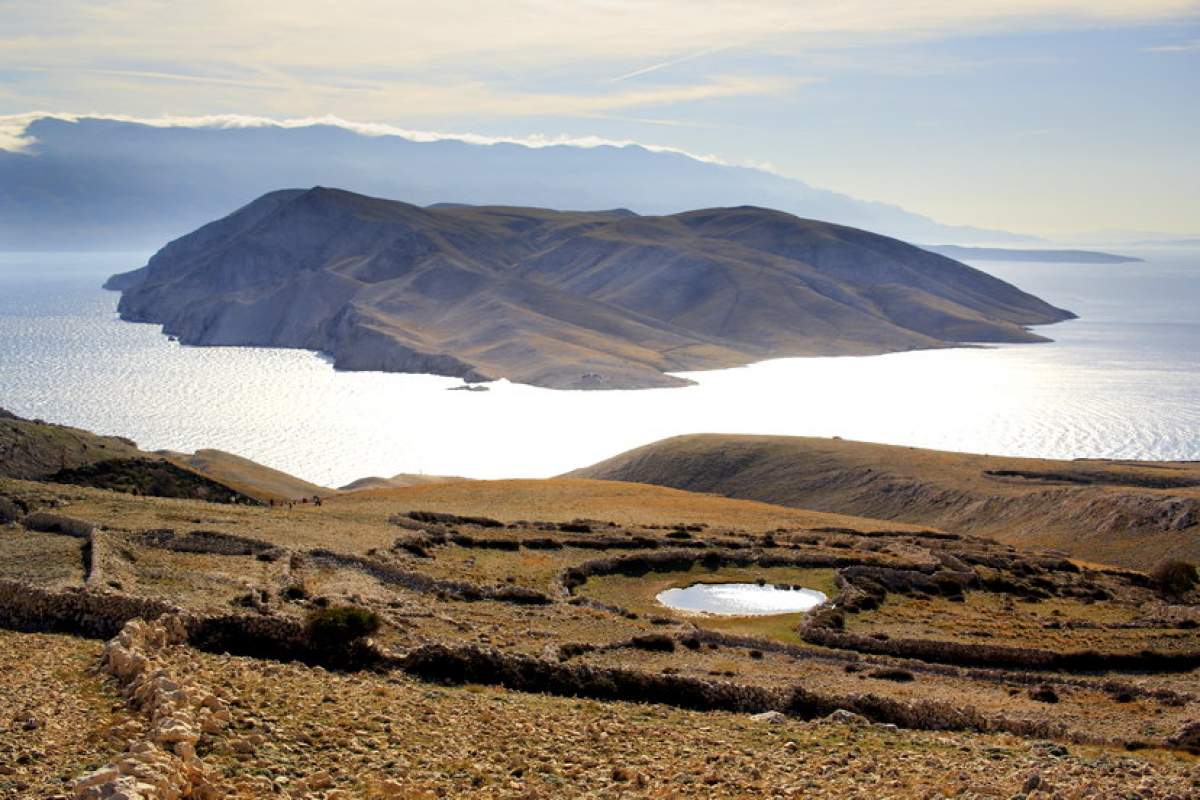 Opposite of Baška, there is the island of Prvić that has a cape with the lighthouse Stražica. Once, the lighthouse had a crew that made the only population of Prvić, but by automation on solar power, Prvić has become the largest uninhabited island in Croatia. It is occasionally visited by shepherds and beekeepers, and in the summer by swimmers who come by speedboats!

In addition to being the largest uninhabited island, Prvić is extremely exposed to bora gusts and is among the windiest islands of our coast. Prvić was declared a protected botanical and ornithological reserve. Many birds nest on the island and its sparse vegetation includes no less than 17 protected endemic plants. Seize the opportunity to visit the island of Prvić by boat. If not, then at least enjoy the view of this beautiful island from Baška. 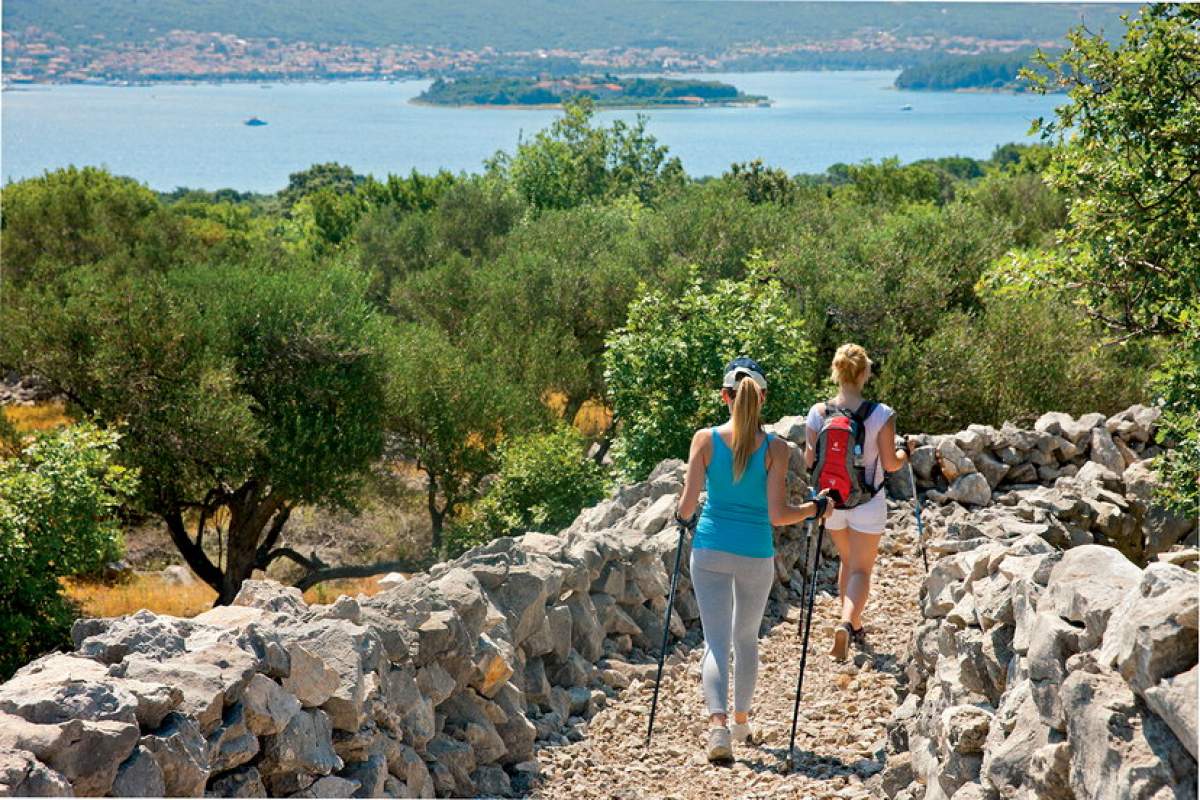 The green peninsula Prniba, located not far from the center of the town of Krk, is an ideal place for an active vacation. The natural ambiance dominated by a beautiful forest, undisturbed by any kind of construction, where you can still come across deer and other wildlife, will surely enchant even the most demanding holiday and relaxation enthusiasts who love to spend their holiday in nature.

At the very entrance to Vrbnik, there is a fertile Vrbnik field that has long been the core of the life of the Vrbnik farmers. The fertile soil, favorable climate and protected location enable a very generous diversity of all crops that are grown here.

Vineyards have always been the trademark of the Vrbnik field, and even today, when you look down the fields, vineyards are the ones that dominate the view. At just over 100 hectares of land, over 120 wagons of grapes that are annually produced are processed into a well-known dry white wine, sparkling wines and distillates.

Whether you pass through the field by car, by bicycle, motorcycle, quads or on foot, you will surely be impressed by it and the field will take your breath away! If You want to learn more about wine production, join the cellar tour with wine degustation or enjoy a wine evening in Vrbnik.

The olive groves are undoubtedly one of the most famous symbols of almost all Adriatic islands and coastal areas. They can be seen almost everywhere on the island of Krk, and with the more intensive revitalization of the olive groves, the area stretching from Krk to Punat is experiencing its revival.

There are a number of beautiful hiking and cycling trails in this area that will allow you to get to know the most beautiful Krk olive groves and enjoy your active holiday! Make sure not to miss a Krk olive oil tasting in the well-groomed olive garden near Punat with a beautiful view of the sea and the bay of Punat. 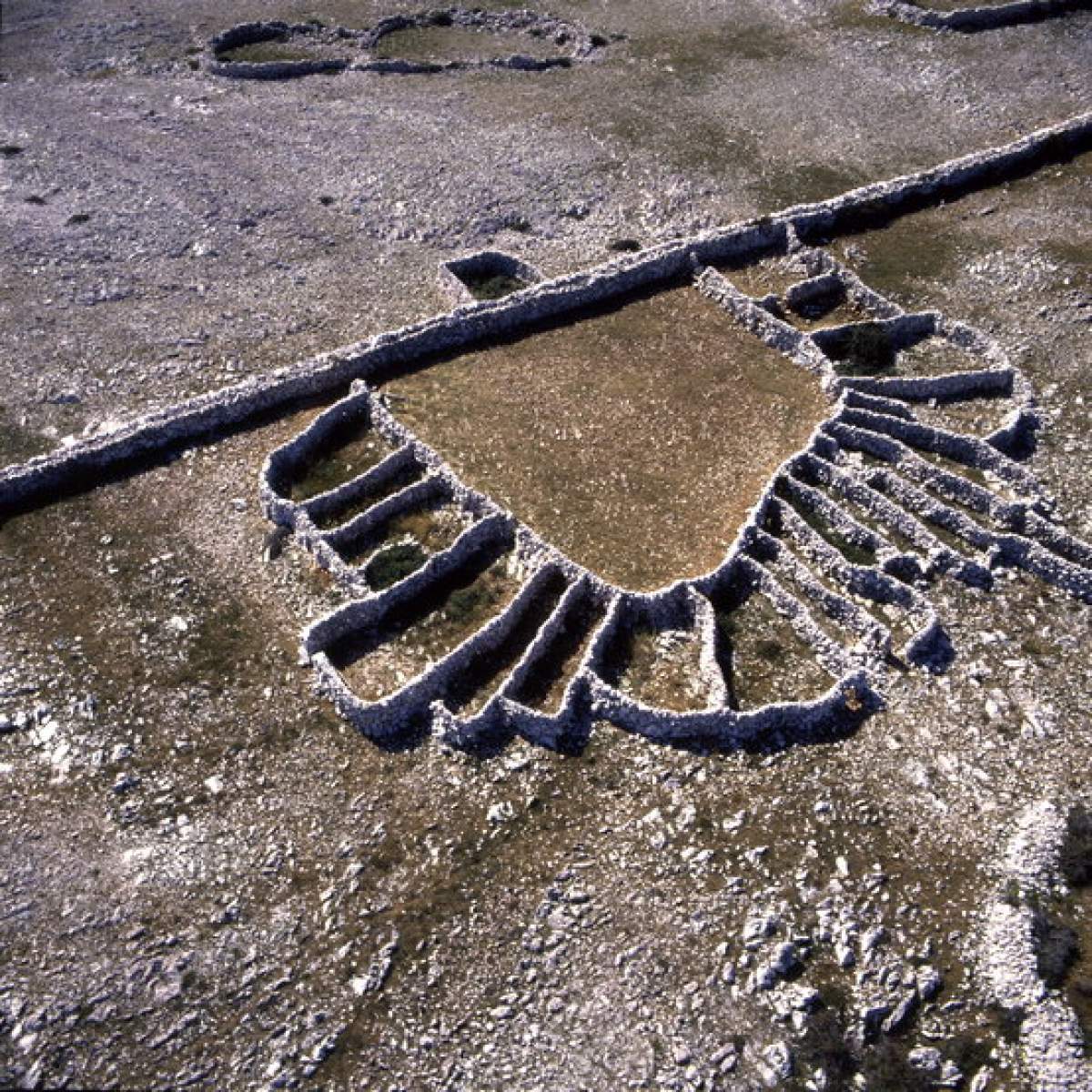 The ancient engineering technique of constructing drywalls (ie. dry stone walls) by piling rocks without any binding material is still preserved in Krk tradition. Its most impressive and the least common example are “mrgari”, complex sheep pens made of drywall, built in the shape of a flower, which is used for sorting sheep of different owners.

“Mrgari” adorn only 3 towns on Krk (Baška, Jurandvor and Batomalj), and are built from single drywall. Therefore, they are quite fragile and require regular maintenance by their constructors. In addition to the far south of the island of Krk and the neighboring island of Prvić, such “mrgari” can be found on only two other islands in the world: in Wales and in Iceland.