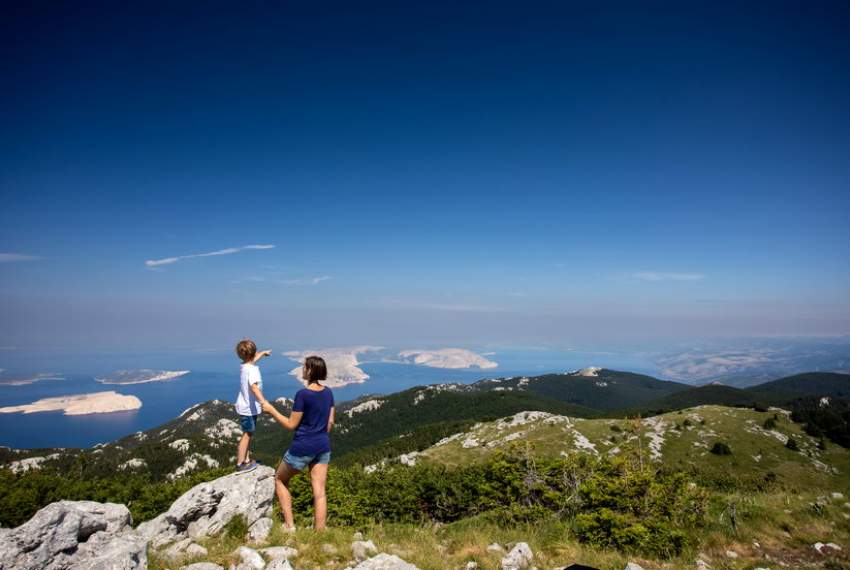 Interested in learning ancient Glagolitic script? In the effort to have the traditional Croatian Glagolitic script (glagoljica) and the historical and cultural heritage that originated from this period of history preserved and promoted, citizens of Gabonjin and the surrounding villages opened in Gabonjin the Park of the Glagolitic Alphabet (Park glagoljice) in 2010.

The sixteen stone tablets located in the Glagolitic Park are the reminders of important moments from local and national history, as well as that of the individuals who have left their mark in the Glagolitic tradition.

Both young and older visitors to the park will be delighted with the beautiful nature that surrounds the park and will have the opportunity to inspect and learn a lot about the tradition and culture of the island.

Aquarium Terrarium Krk is yet another place on the island that will delight anyone who visits it. Visitors to the aquarium will get acquainted with Croatian freshwater fish species as well as those from the rest of the world, all living in 20 large aquariums, the largest of which has a volume of 10 cubic meters.

The youngest visitors will be especially delighted with the inhabitants of the terrarium, which include an iguana, a panther chameleon, a royal python, and many other animal species. 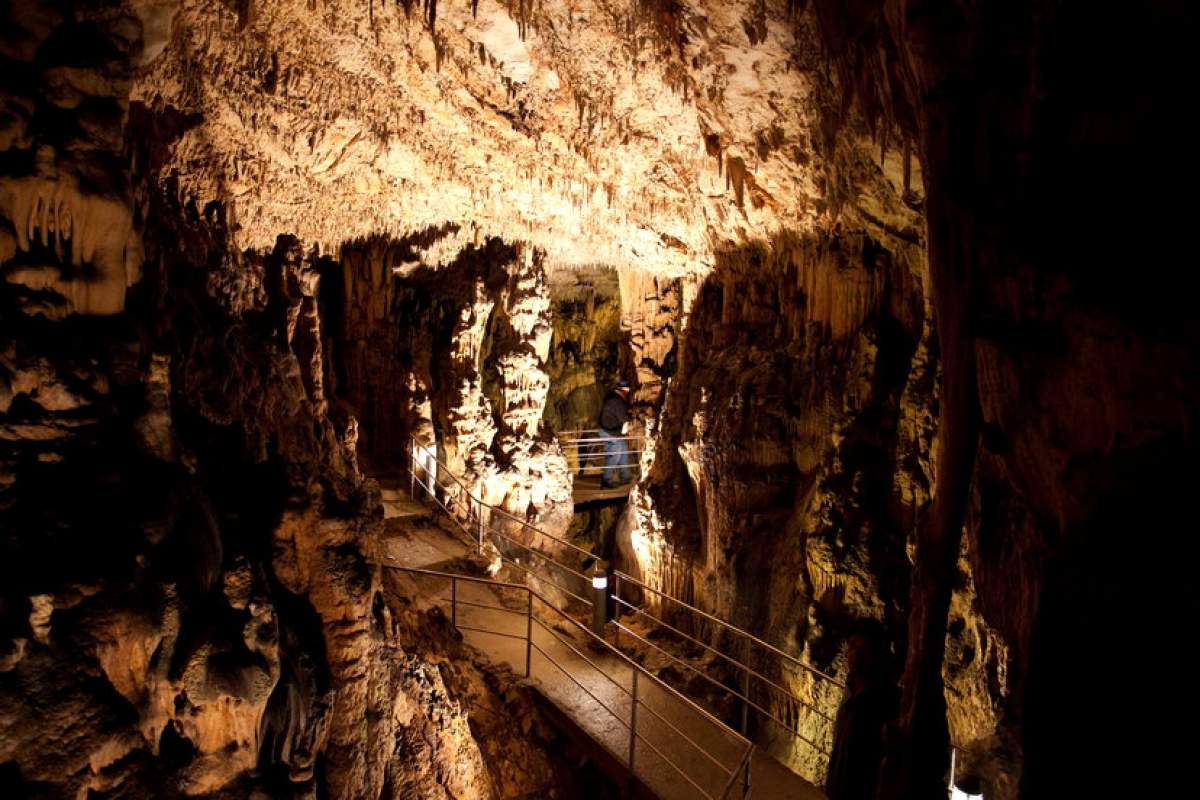 Biserujka, the cave located in the village Rudine, the municipality of Dobrinj, is the perfect place for an organized excursion with children of all ages, who will enjoy the impressive interior of the cave and the rich diversity of wildlife in it.

Baška Aquarium, which will surely delight children of all ages, offers its visitors a unique experience of the sea world and the underwater world of the Croatian Adriatic. The diversity and variety of Adriatic fish species are featured in twenty-one aquariums and 35m³ of the sea.

The aquarium is also home to one of the largest collections of Adriatic mussels and snails in Croatia. 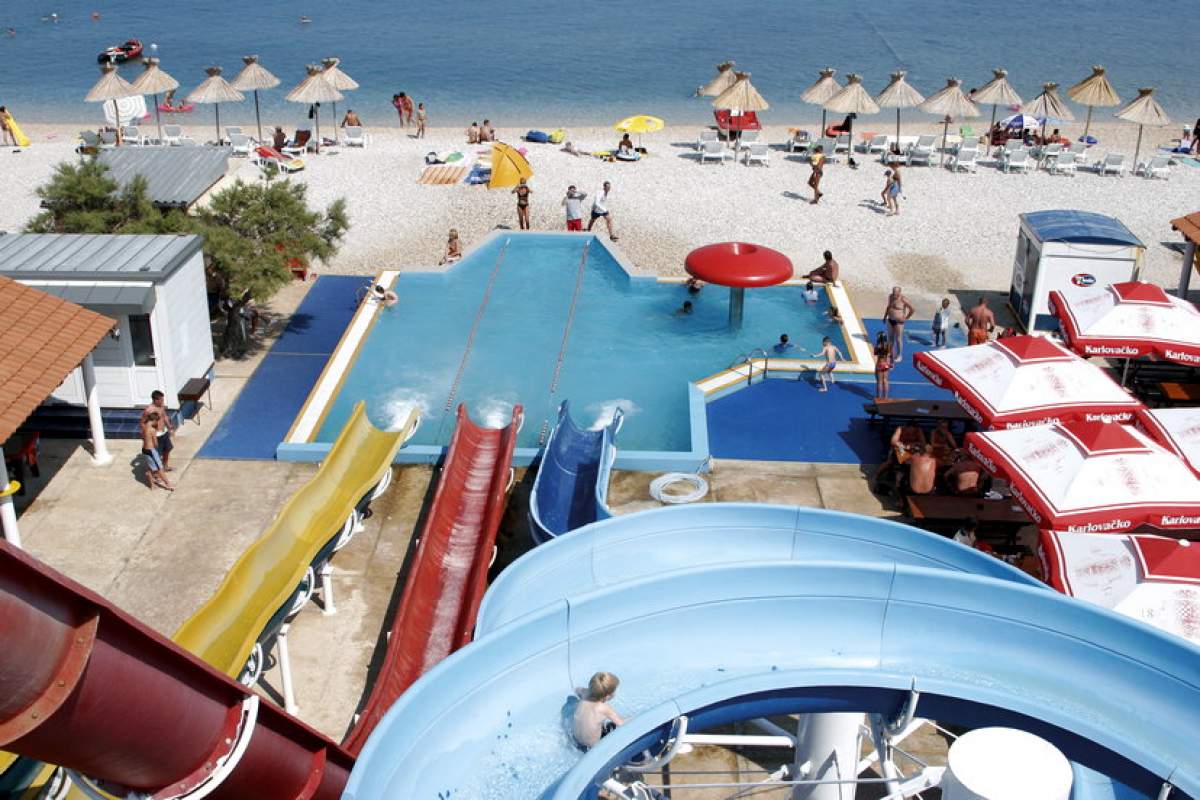 There is a classic amusement park both in Krk and Malinska during the summer. There is a sort of a “water” amusement park in Baška, at the end of Vela plaža beach in camp Zablaće, where both you and your children can have fun on water slides and in the playroom equipped with table soccer, billiard, a pinball machine and other games.

Amusement parks in Krk and Malinska have a number of attractions, which little children and younger teenagers will especially enjoy.

Children just love panoramic trains! Take a ride on the panoramic train and let your little ones have fun enjoy the view of Vrbnik, Punat and Malinska. Do not miss the ride and treat your children with unforgettable moments of fun.

Various selection of boat trips will delight your little ones, who will be enchanted with the beauty of the beaches on the island of Krk. Families with young children are recommended one of the shorter panoramic excursions, which will allow them to discover the best beaches on the island in the company of their children in just a few hours.

Families with older children and teenagers are recommended to take one of the full-day excursions and take a swim on the most beautiful beaches of Krk and the surrounding islands. There is also a glass-boat excursion, which will thrill children of all ages.

Underwater cruise and exploration of the Krk aquatorium is one of the children’s favorite activities on the island, which can be made from almost all seaside resorts. On the waterfront in Njivice, Malinska, Krk, Punat and Baška, a submarine is waiting for you.

Underwater excursion usually does not take more than half an hour and children do adore it, so we strongly advise you not to miss the opportunity of cheering up your little ones.

Sv. Marek in Risika, beach Pećine in Šilo, Vela plaza beach in Baška and many others are the ones where you can enjoy fun activities in the sand. Check our list of best Krk beaches as well!