Rab, Grgur & Krk - Island hopping with swimming is a day trip by boat which takes you to 4 interesting islands: the happy Island of Rab, the golden Island of Krk, the small Island of Galun and the ill-fated Island of Grgur. Furthermore, you will surely enjoy both the panoramic ride in Kvarnerić aquatorium as well as swimming.

The voyage starts at the port of Krk from which it takes us to the cove Golden Bay. There, the first swimming break is planned. During the swim stop, you will enter the sea through the boat boarding ladders.

After the swim stop, the boat ride takes us to the uninhabited islet of Galun. You will enjoy a panoramic ride along the Galun Isle. This small rocky island is home to the colony of seagulls waiting to get fed.

After feeding the seagulls, the trip takes us to the island of Rab, which is known as the happy island due to its name in Roman times, when it was used to be called Felix Arba (felix = lat. happy).

Sail along the west coast of the island of Rab, Supetarska Draga and the sandy islands of Ašilovac and Maman takes us to the fishing village Kampor. In Kampor, you will have time for sightseeing, swimming on the sandy beaches and lunch. Besides the beautiful beaches, this small town is adorned by a forest reserve that surrounds it. If you want, when boarding the ship you can order lunch at a group price of 70 kn / person (ca 10 Eur / Person).

After Kampor, we will visit another still uninhabited island, the island of Sv. Grgur. Once upon a time, there was a bauxite mine on the island, and in the period from 1948 to 1988, the island was home to a women correctional facility, the ruins of which still stand as witness to that time.

Today, the island is visited mostly by shepherds from the nearby island of Rab, who take flocks of sheep to the pasture on the island. After visiting the island of Sv. Grgur, the boat ride takes us to the island of Krk.

The boat sails along the southwestern coast of the island of Krk, where the most beautiful beaches of this golden island are situated. One of them, the bay Lisicnjak or White Lagoon beach, awaits us as our next bathing stop, access to the sea through the boat boarding ladders. Here, you will be able to swim from the boat.

After the swimming stop, it is time to get back to the city of Krk, where our excursion comes to end.

Really nice experience to do something different in Krk and also swin in beautiful spots! Great lunch too

Most of the day we enjoyed the boat excursion to 4 island stops, with cultural touch, though it proves to be a bit much for a full day , especially in the blazing sun. Boat company is friendly but can do bit more to give protection against sun on top deck. Swim stops are refreshing!

A wonderful experience visiting little and isolated beaches. In a hot and sunny day the fresh air on the boat is the best feeling ever 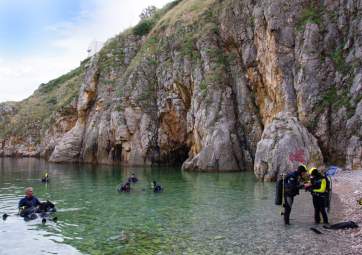 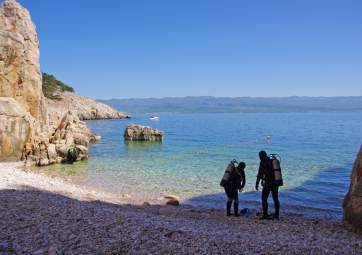 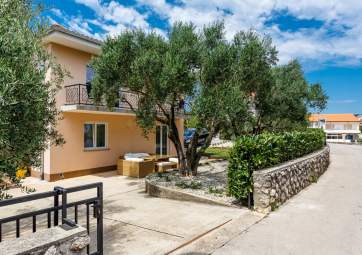 Karla 1 - modern apartment near the beach in Krk 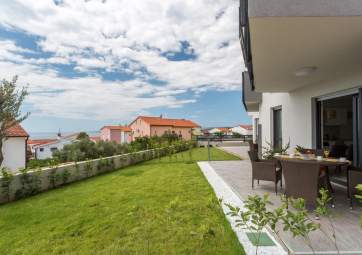 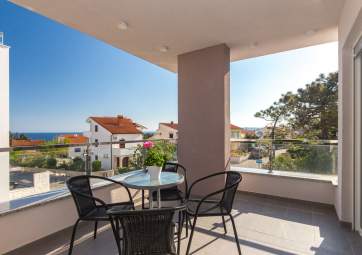 Mia 1 - modern apartment in Krk close to the beach 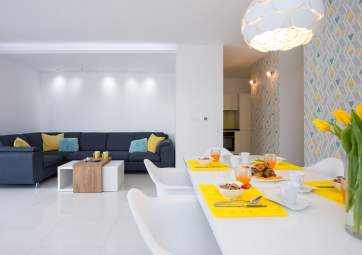 Daisy 1 - luxury apartment near the beach

fe.modal.error_alert
We have received your reservation. Thank you! We have just sent you the booking confirmation e-mail with instructions on how to pay your reservation. If you didn’t receive our e-mail, contact us, and before that, please check your spam folder.
In order for the reservation to be valid, it is necessary to make a payment by card via this link in the next half hour: payment link

Informational amount of Euro according to the fixed conversion rate 1 Eur = 7.53450 HRK.